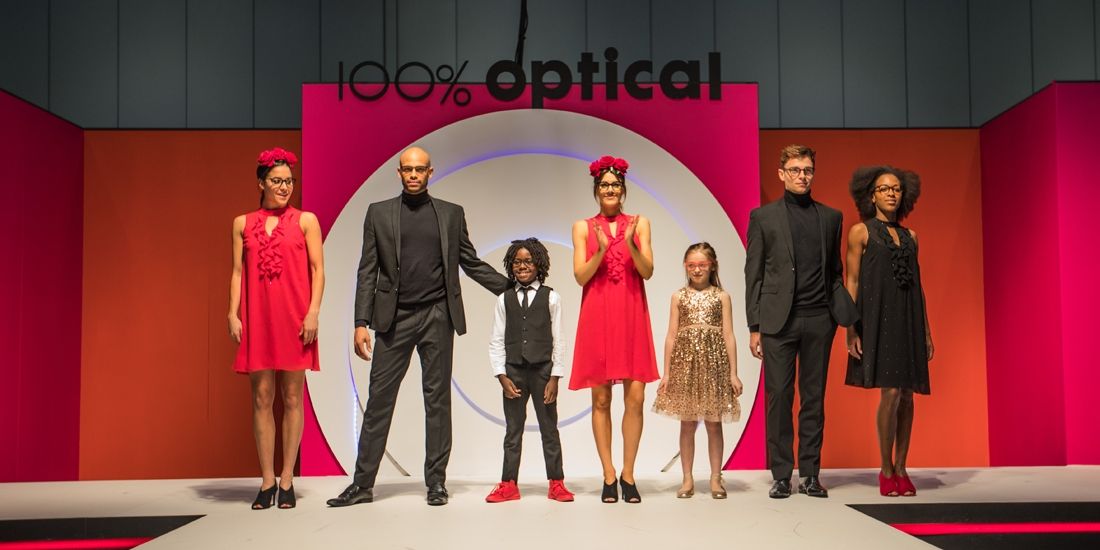 Impressive brands and increase in visitor numbers marked the landmark fifth anniversary of the UK’s most stylish optical event.

100% Optical, the UK’s largest optical show, took place at London ExCel from 27th - 29th January and wowed visitors and exhibitors with a bigger, bolder and brighter content than ever before. Approximately 9,000 visitors attended the event in an impressive increase of 11% in attendance compared to last year’s show. 100% Optical attracted visitors from all over the world and debuted more than 20 exclusive product launches, 100 pieces of equipment and 16,500 frames.

In its fifth year, it showcased the biggest equipment area to date with 20 manufacturers and 200 exhibitors featured in an remarkable line-up including Cerium, William Morris, Optos, Specsavers, Essilor, Continental Eyewear, Bausch & Lomb, Amplify Hearing and Snowbird Finance to name but a few. 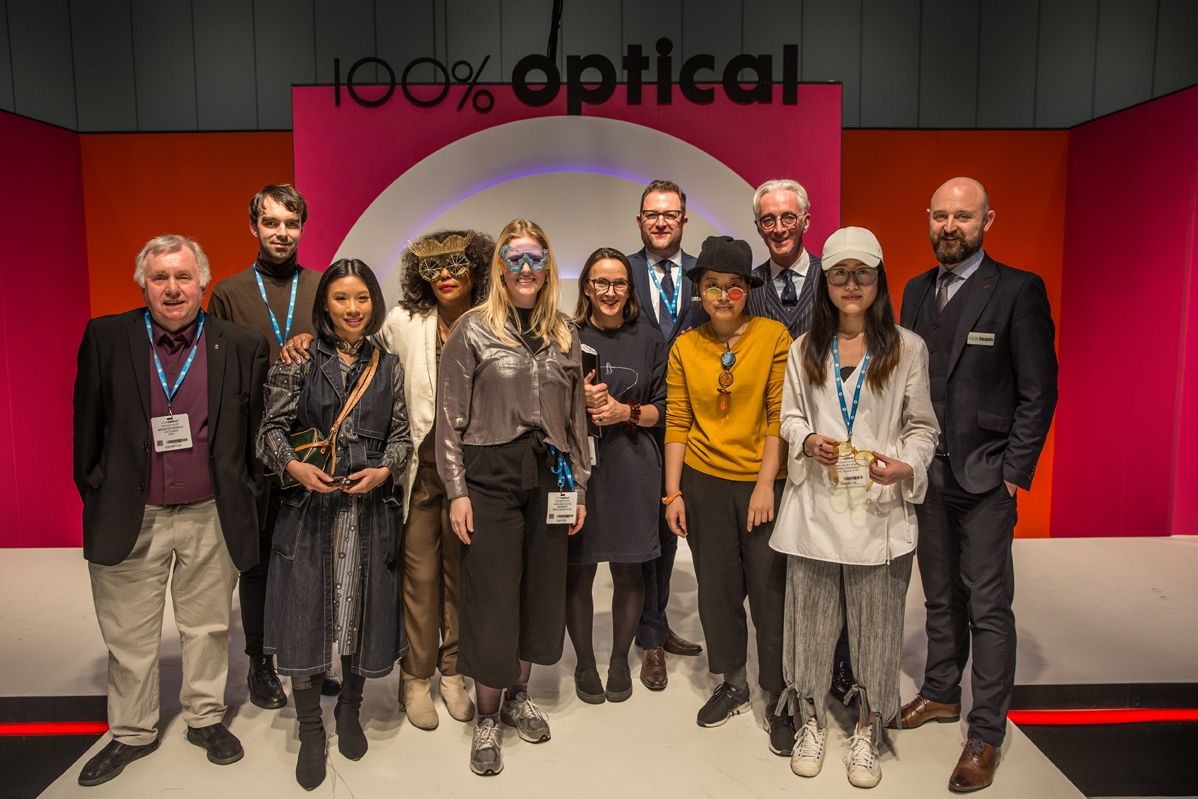 The reinvented ‘trademark’ catwalk show wowed spectators, revealing a glimpse into tomorrow’s trends and the hottest brands to watch out for in 2018. Day one featured children modelling new junior frames who stole the show. Numerous celebrities were spotted amongst the crowds browsing for their 2018 frames, including former footballer and presenter Ian Wright, and Kinky Boots star Matt Henry. 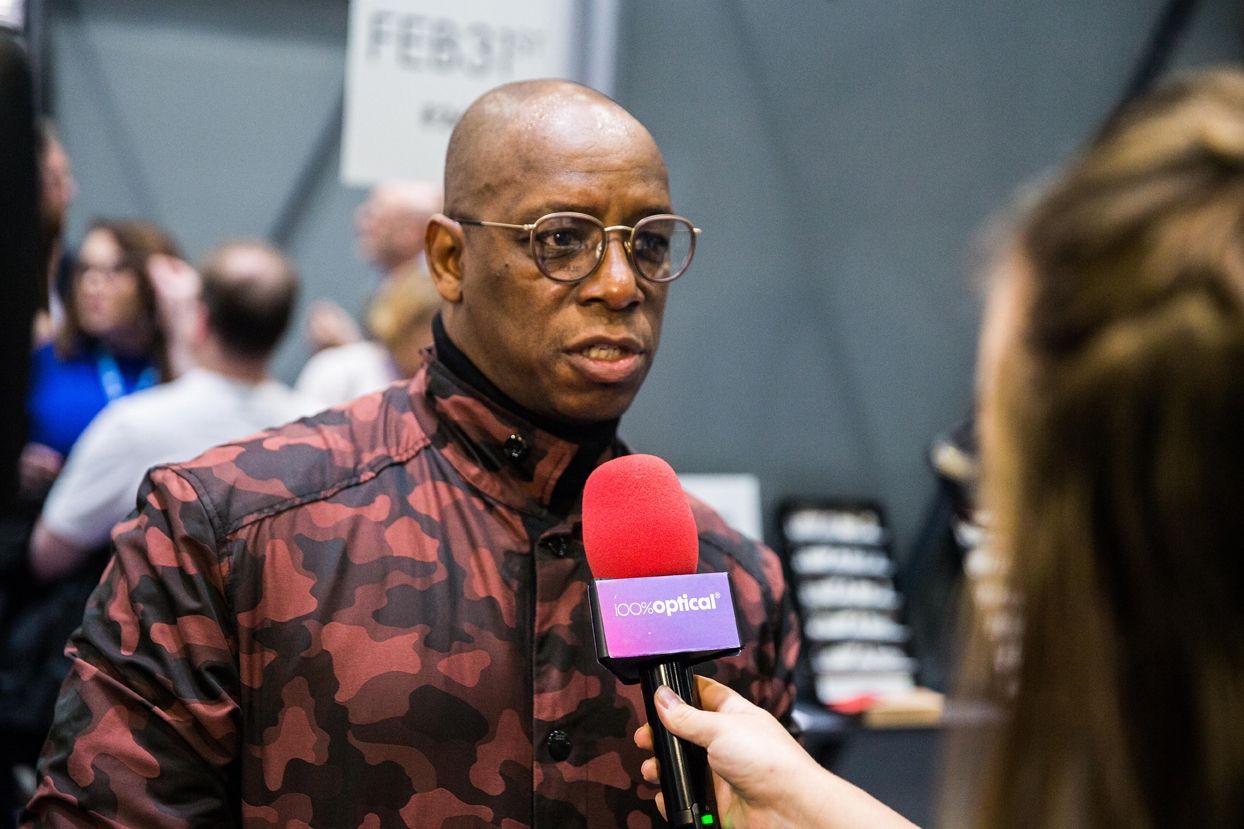 Event Director, Nathan Garnett said, “We’ve had double digit growth on visitor figures which is great news for our fifth anniversary and we’ve noticed a significant number of first-time visitors who haven’t been to an optical show before.

“Many visitors maximised their time by planning and pre-booking appointments with exhibitors and we’ve had really positive feedback about how much people enjoyed the show.

“The new audiology section proved a success with a dozen new exhibitors and a programme of audiology seminars. It’s a new initiative and momentum is starting to build as practitioners recognise an opportunity to align additional services to their clinical portfolio. “So far our exhibitor rebooking numbers are at a record high with Birmingham Optical, Bib Ophthalmic Instruments, William Morris, De Rigo, Performance Finance, Zuma Morel, Leightons Opticians, Andy Wolf Eyewear, Salt. And Safarro signing up at the show and we’re already planning our long term growth plans for 2019 and beyond.”

The industry’s very own Oscars, the AOP awards, recognised the crème de la crème of optometry on Sunday and the Royal College of Art Eyewear Design Competition demonstrated young British talent to an international market.

Meanwhile, the world-class education programme provided more than 140 hours of CET and CPD sessions for the whole practice team.

Commenting on the education programme, head of education at the AOP, Ian Beasley, said: “There’s been a palpable shift in the feel of the event this year. Sessions have been full to capacity with practitioners from all modes of practice eager to hear updates on latest clinical research outcomes, technology updates and refresh skills across a broad range of core competencies.”

“Off the back of successfully trialing sessions for optical assistants last year, we’ve increased our offering to accommodate a clear demand for education for the whole practice team. Plans are now coming together for 2019 to continually evolve the event.

“The new Future Practice Hub gazed into the future and delivered its mission to help practices survive and thrive in the modern world with talks on the future of independent practice, artificial intelligence and the future of commissioning.”

Future proofing was a hot topic this year. Artificial intelligence is coming and ophthalmology and optometry will not be spared, warned consultant ophthalmologist and surgery pioneer John Bolger.

“There will be two classes of human beings in the future”, said the surgeon. “Those who use and know what AI is, its capabilities and its potential; and those who are used by AI.

“It’s going to make a lot of the things we do redundant but, at the same time, open up new opportunities. As Stephen Hawking said, it could decide our fate without us even knowing it.”

This year, 100% Optical pledged its support for the Big Blind Walk 2018 in collaboration with VisionBridge.

Founder Julian Jackson gave thanks to the show and said: “I’m so grateful to 100% Optical for giving the bigblindwalk.com this platform to not only raise awareness of the social, economic and psychological impact of sight loss amongst a growing number of the UK population but also to promote and raise money for eye research, which I believe is one of the most underfunded areas of medical research and certainly one of the best kept secrets in the UK.” 100% Optical will be back in 12-14 January 2019. 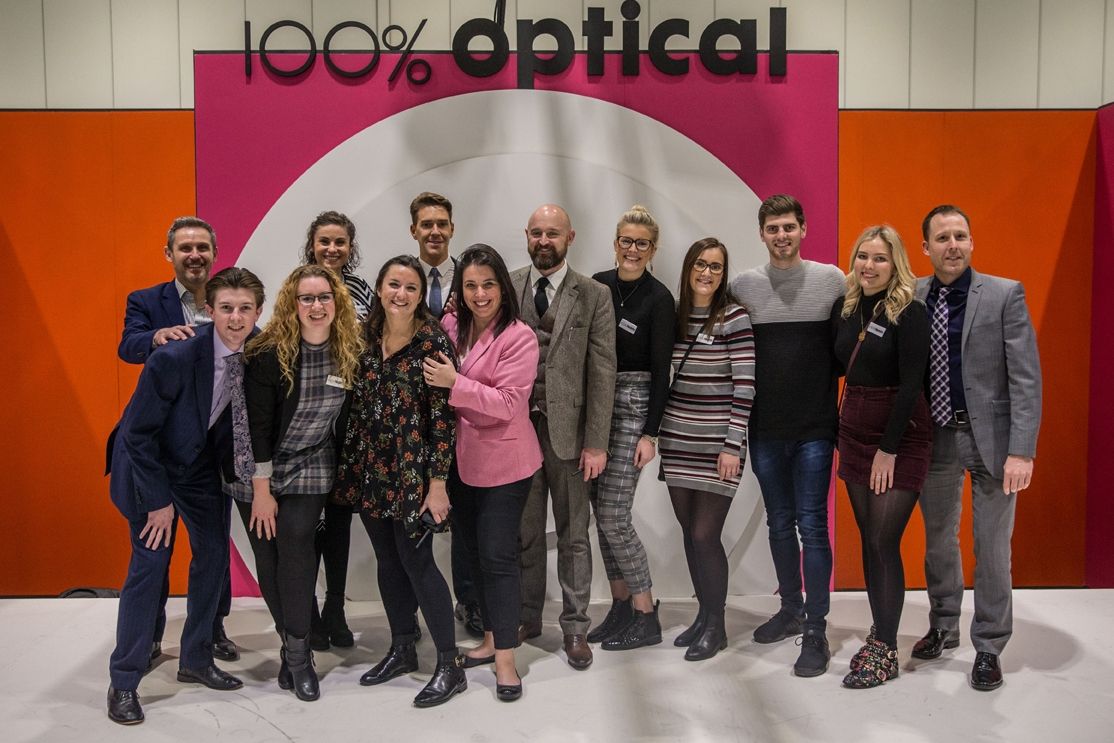