Icon magazine has been once more placed among the best publications in the world being chosen as one of the top global covers in January by the Society of Publication Designers (SPD). The prestigious recognition enlists the best covers worldwide, outlining the mentioned publications as the global best.

A relevant theme and impeccable art direction saw Media 10’s magazine placed alongside global powerhouses such as Vogue, The New Yorker and Forbes.  According to the Editor, James McLachlan, the cover story explored the relationship between the power of design in a historic context and the effective marriage between design and power, taking Germany as showcase. 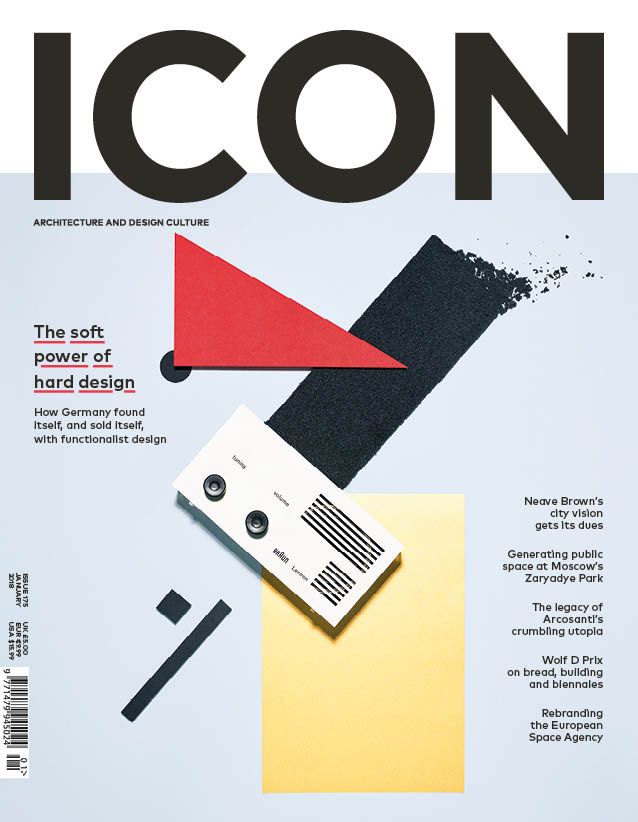 The inspiration came from V&A director Martin Roth’s final exhibition, Driven by German Design, being held in Doha as part of the Qatar Germany Year of Culture, which “is perhaps the most significant display of modern German design ever assembled”, ponders McLachlan. He argues that detaching design from the historical context in which it is created leads to a missed opportunity to explore how design and institutions such as the Bauhaus and later through companies like Braun, was used as a potent tool to further West Germany’s economic miracle and to foster its relationship with America during the Cold War era. “Does design need to look again at how it proves its wider relevance itself to the exhibition-going public?” he asks.

With that enquiry in mind, the creative team worked on the concept for an arresting cover. Art director Carlo Apostoli, designer Morwena Smith and photographer Felicity McCabe set to work with a Dieter Rams-designed TP20 Radio for Braun using it as a symbol for German design prowess: “The object is totemic, almost architectural in its appearance (in a reference to the Bauhaus where our story begins) but overlaid with the red, black and gold of the German flag.”  Then, the creatives used dark sand to distort the black element of the flag to suggest the “argument is looser and not as clear cut as it could be perceived.” 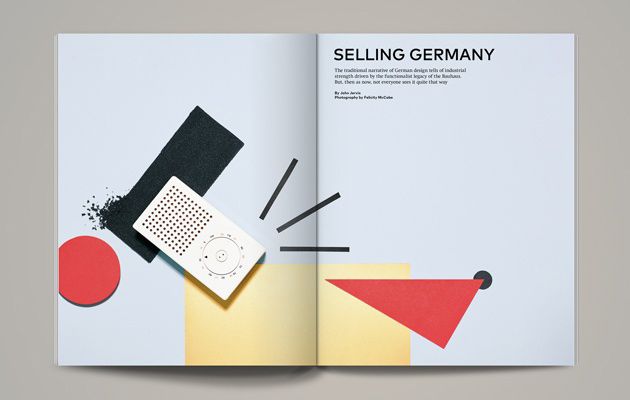 The editorial concept and execution won the recognition of The Society of Publication Designers. Based in New York, the SPD is a global authority in promoting and encouraging excellence in editorial design.

“Often, the challenge we face on Icon is to convey complex ideas in a simple and eye-catching way. Here we achieved this by taking a very well-known Dieter Rams product and using it to construct a Bauhaus-inspired abstract art piece. It was a painstaking shoot with many permutations but we really cracked it when we introduced the dark sand, which was not part of our original material palette. Carlo and I are delighted with the result”, concludes McLachlan.

This is not the first time the magazine has captured the eagle eyed art-direction and editorial attention of international bodies. In 2017, ICON won global recognition from Cover Junkie with its Milano cover, illustrating IKEA’s presence at Salone Del Mobile.

Read the story behind the cover: http://bit.ly/2DtzLyE

A Celebration of Self-Build at Grand Designs Live for 2019