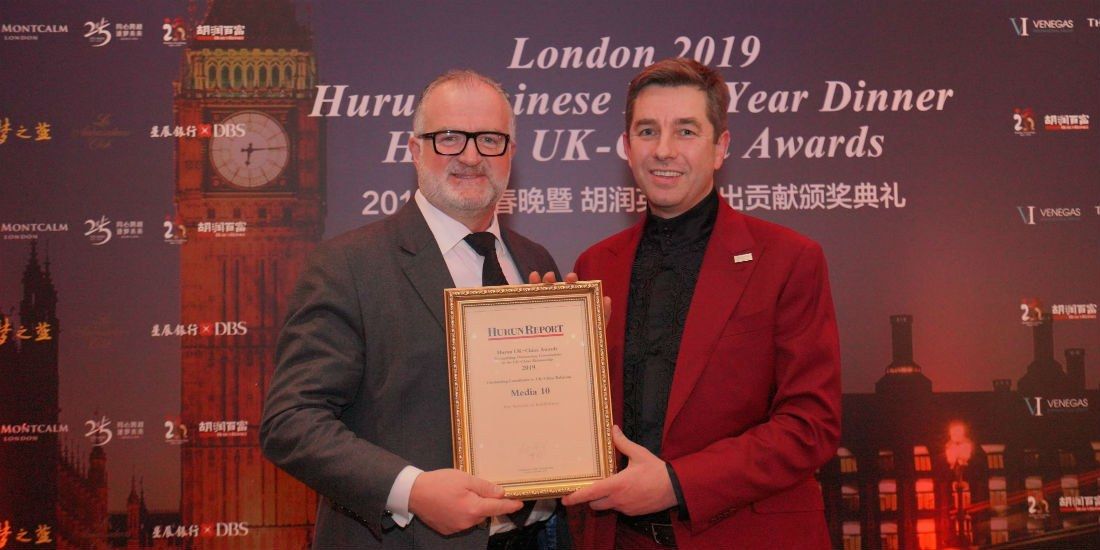 Our Chief Executive Lee Newton has been honoured and recognised for his 'outstanding contribution' to business links between the UK and China.

In a major event sponsored by the prestigious Hurun Report, which charts business success in China, Mr Newton was amongst major businesses and business people who have forged partnerships with China businesses over the last ten years.

He was presented with his award by Mr Rupert Hoogewerf, who devised the Hurun Report, which now estimates that China has 800 billionaires.

Mr Hoogeworf said: "Media Ten has been a trailblazer in China and taken risks where other big UK companies may have given up. Driven by Lee and his close associates, Media Ten deserves the utmost respect and admiration for breaking new ground in China and brokering new business relationships between the UK and China at a very important time."

CEO, Lee Newton commented: “I am delighted to accepted this honour on behalf of Media Ten and my colleagues and we truly believe that we are making a significant and positive difference in trade relations between the UK and China.

“We need to remind everyone that the UK is the envy of the world in terms of culture and heritage and the cutting edge of business and China deserves credit for recognising and respecting that.”

Ideal Home Show made its official debut in Asia