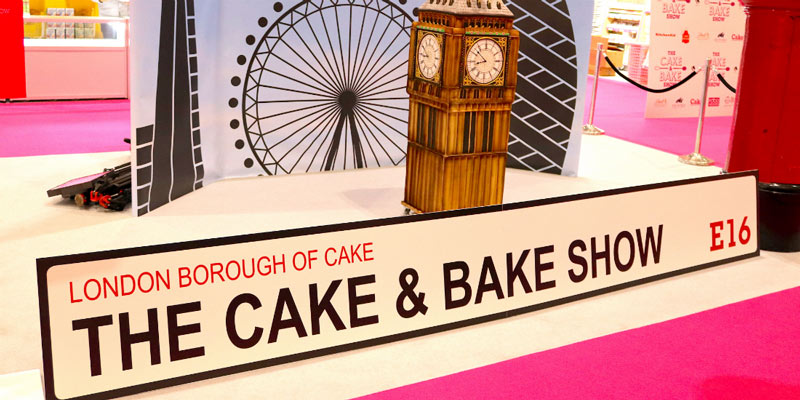 The Cake & Bake Show returned to ExCeL for its seventh year, with more visitors and big name brands than ever before.

The popular consumer event delivered the ultimate experience for baking enthusiasts who attended the event in their masses. Interactive workshops, a host of respected bakers and specially curated content attracted record high visitor numbers with over 26,000 attending over the three days.

Event Director, Giles Perry, said: “Each year the Cake & Bake show proves to be a popular date in the calendar for many baking fans and this year is no exception. It’s no secret that baking is seeing a resurgence with today’s generation and its popularity now spans a huge demographic that can attract visitors from far and wide. We’ve curated an event to cater perfectly for those enthusiasts and they turned out in their thousands from across the country, making this a record year for the show.”

An impressive array of big name brands, skill classes, book signings and baking markets greeted guests alongside five of the most formidable celebrity names in the baking world; Candice Brown, Rosemary Shrager, John Whaite, Eric Lanlard and Jane Asher who all cooked up a storm in the Baking Theatre. And, proving to be the staple ingredient for the show’s success, the eclectic display of illusion cakes – including this year’s impressive Big Ben installation crafted by internet sensation Rosie Cake Diva – pulled in the crowds to make international headlines.

Benefiting from the footfall stream, KitchenAid celebrated a hugely successful product awareness campaign following their first ever venture in to consumer lifestyle exhibitions after being attracted to the show’s credentials and reputation for delivery.

Helen Simpson, Marketing Manager UK & Ireland, said:  “We’ve had a fantastic show! We've seen some new customers, seen old customers and in actual fact, our youngest was 13!  People have come to see all the colours we do and our giant mixer - which is on its European tour.  Loads of people taking selfies, tasting the cakes we are making – it’s been such a great atmosphere here at the show and it has been so busy.  We are celebrating our 100 year anniversary and we have so enjoyed the show, meeting everybody and sharing our experience.”

Despina Avraam, Event Show Manager, added: “It was really clear that the commercial viability of brand activation at The Cake & Bake Show delivered on a multitude of levels for those with a presence. Brands targeting the distinct and succinct demographic, which we brought through the doors of ExCeL, took advantage of the many opportunities to amplify their proposition and as such.”

The show is already confirmed to return to the capital 4th – 6th October 2019.