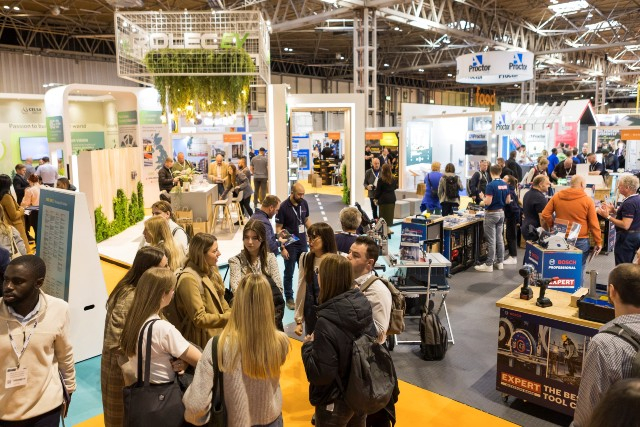 The UK’s largest event for the built environment, UK Construction Week (UKCW) Birmingham, made a welcome return to the NEC last week, with visitor numbers up 19% from last year.

The show drew over 23,900 visitors from as far afield as Turkey, Brazil, Australia and Canada, and included a host of high-profile names including West Midlands Mayor Andy Street, Channel 4 presenter George Clarke, and BBC journalist and presenter Simon Jack.

UKCW Birmingham celebrated culture change in construction with three days of debate and discussion from top speakers across seven stages, with issues covered including Net Zero, sustainability, offsite manufacturing, mental health, and improving diversity and inclusion. Mayor of the West Midlands Andy Street took time from his busy schedule to visit the show, where he was a keynote speaker on the Main Stage, facing a Question Time from an audience of industry professionals.

Andy Howe, founder and managing director of CareersForce, was named UKCW Role Model 2022; CareersForce helps UK key workers such as those from the armed forces, police and NHS to forge a new career in a range of new sectors including construction.

Nathan Garnett, UKCW event director, commented after the show: “There is so much happening in the construction industry right now that has put UK Construction Week into a unique position, whereby it can inform and educate the sector as it moves forward. There is a real sense of momentum now as we plan the next one, especially on meeting our next zero targets and creating long lasting culture change. A record number of companies have signed up for 2023 so we look forward to really growing the UKs largest trade show for construction”

Gary Scott, managing director at Hanson Plywood, commented: “We were at UKCW Birmingham because it’s the hub of the UK construction industry. We get a lot out of it; we don’t do many shows, but UKCW Birmingham does work.”

With over 6,000 products on display from over 300 exciting exhibitors including Bosch, Schneider Electric, Google, Graco Distribution, Wavin, Hanson Plywood and many more, the multi award-winning show attracted an abundance of overseas exhibitors from as far afield as Australia, India, Norway, Turkey and the UAE.

Dates for next year’s two shows have already been announced: UKCW London will take place from 2-4 May 2023 at ExCeL; UKCW Birmingham will run from 3-5 October 2023 at the NEC.